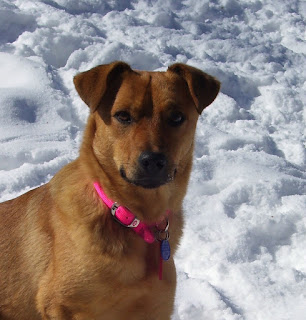 I walked into PetsMart with the intention of adopting a dog that I’d seen online, but then I saw a different dog, and we had an instant connection. She was beautiful! She was considered as “unadoptable” because she was shy, withdrawn, and had emotional scars from being abused. Being at PetsMart that day was her last chance which makes me a little emotional just thinking about it. All she needed was a little love! I named her Kyra which means “sunshine.” (Earlier that day, I’d adopted a Siamese cat that I named, Sachi, which means “joy.” The names were from my initials- S & K. Sachi and Kyra also had an instant bond and took care of each other from the moment they met. My “fur babies” became my joy and sunshine.) It took only a very short time before Kyra exhibited all of the characteristics of a happy dog- full of life and love!
I’ve reflected a lot about second chances. I teach my students about having a growth mindset and the value of learning from our mistakes. I’ve abandoned many traditional grading practices such as giving zeroes. My students have learned so much more since I started to focus on better feedback during the learning process versus end of unit quizzes and tests. The classroom culture is more about learning!
In life, adults are given many second chances without penalty. Any major test for a professional career can be retaken multiple times. Teachers are often strict about due dates for student assignments but have various excuses for not meeting a deadline for submitting information that they’re required to enter. Students have negative consequences for being tardy, but adults sneak into meetings late without an apology. There seems to be a double standard.
Although I understand about wanting to teach kids “responsibility,” because I too was one of those inflexible teachers, I’ve seen so much more growth in my students since making some changes to traditional practices. During the last decade, my students have been much more focused on their growth as a learner rather than a letter grade. In turn, I’ve also focused on seeing their growth over time, and it’s improved my practice.
I can’t help but think about how I would like an opportunity to have a second chance sometimes, especially when the stakes are higher. Opportunities and second chances don’t always come. Mistakes can replay in my head enough to drive me crazy! I feel embarrassed and disappointed in myself. I don’t always meet my own standard of excellence and let myself down. I could list some excuses, but I’m not an excuse kind of person. There’s still an opportunity to learn and to keep moving forward if a second chance doesn’t come. It’s just not always easy.
Students feel the same way. A little more empathy and understanding goes a long way. Students want to do their best both academically and behaviorally. Sometimes they need a second chance and maybe even a third and fourth chance.

Posted by sandeeteach at 7:41 AM